From charity to solidarity – overseas aid and economic development 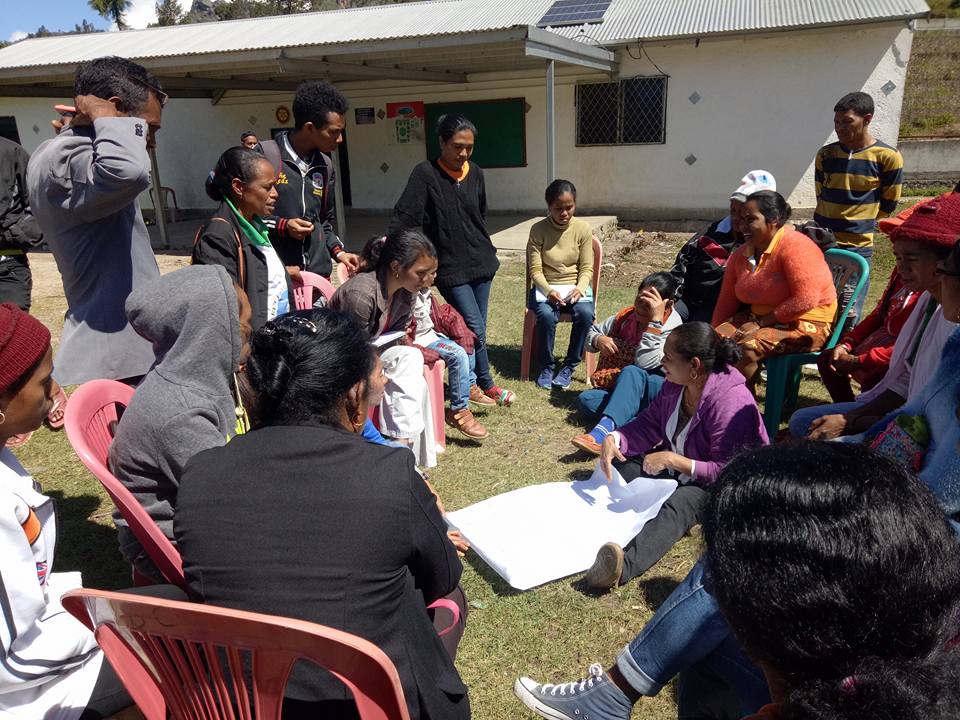 Timorese co-operators, Elsa Pinto (pictured above working in her community) and Lanu de Sousa are inspiring people. Elsa is working with farming communities to reduce Timorese reliance on imported food. Lanu has established a grass-roots credit union that is assisting three hundred families to access credit for the first time. Both are passionate about the potential of co-operative and mutual enterprise (CMEs) to transform their economy. Additionally, they are studying community development at Victoria University … but we think they can already teach us a thing or two.

Elsa and Lanu’s work has inspired the members of the 888 Co-operative Causeway and we would like to actively contribute to their relationships within the Victorian co-operative and development communities, and their work more broadly … and you are invited.

From charity to solidarity – overseas aid and economic development

Timor Leste remains one of the poorest countries in the world; but, we also know there is great untapped potential.

People in Timor desperately need access to credit to build their economic independence so as to live a prosperous life. Sadly, most of the food people eat in Timor is imported.

Timor receives much-needed aid from international donors and relies on income from oil deposits, but this is not enough to break the cycle of poverty. To move beyond dependency there is a need to diversify the Timorese economy to build ‘common wealth’.

Timor restored independence on the 20th of May 2002. Leading up to independence Australia supported the Timorese people through providing peacekeepers (under the command of Sir Peter Cosgrove). This event provides an opportunity for Australians and the broader Timor community in Australia to continue to practically build solidarity.

The event will be held at the quirky Kelvin Club with finger food provided.

Hear from Elsa, Lanu and other inspiring speakers …

Samantha is involved in some groundbreaking work. The majority of the Timor Leste population live and work in rural farming districts. Small-scale family agriculture is the basis of the national economy however agricultural production is low and farmers’ income is often insecure. Local food and cash crop production do not meet national or export demands. An organised agricultural sector will make a fundamental and sustainable contribution to the economy and significantly reduce poverty across farming communities. Local development of the farming sector could provide future sustainable alternatives to the the high dependence on finite oil and gas resources in the Timor Sea. APHEDA partners currently work across nine districts with over 1,200 direct beneficiaries. Field organisers live alongside the farmers to support them to develop strong and democratic farmer bases which are able to organise rural communities, mobilise existing resources and facilitate access to capital, credit, land and seeds for agricultural production.

Peter McMullin has a long-standing relationship with Timor-Leste. He is an international business adviser to Timor-Leste’s Minister of Foreign Affairs and serves as Victoria’s Honorary Consul to Timor-Leste in Victoria. An active philanthropist, he was key to establishing the Peter McMullin Centre on Statelessness at Melbourne University Law School. More recently he established The Good Business Foundation, a progressive foundation looking at engaging business in social good.

By going along … you will be doing some good

This event is to launch a campaign to raise funds to allow Elsa and Lanu to be part of the 888 Co-operative Causeway co-working space in the heart of the Melbourne CBD. Net proceeds (after paying for catering for finger food on arrival) will go to the fundraising drive.

888 Co-operative Causeway is the first registered co-operative (non-distributing/not-for-profit) co-working space in Victoria. More than just a co-working space, we are a network of micro-organisations and freelancers active in the social economy. Among our goals is the desire to collaboratively build a better Victoria for the common good.